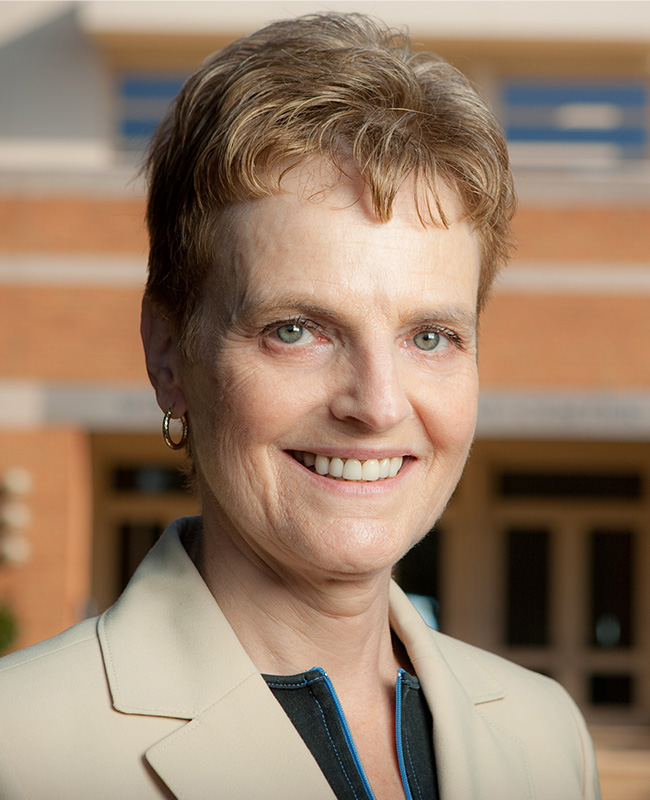 
Upon her retirement in July 2012, Miki Felsenburg (JD '91) was one of the longest-serving members of the Wake Forest faculty Legal Analysis, Writing, and Research (LAWR) group. In her more than 17 years at Wake Forest Law, she taught LAWR I, II and III and Appellate Advocacy, as well as several business law-related courses in the Wake Forest School of Business.

Felsenburg graduated from the University of Denver in 1969 with a journalism degree and remained in her native Colorado working in public relations for the AT&T-owned Western Electric and performing freelance photography.

In 1978, Felsenburg earned her MBA from Wake Forest School of Business. She returned to Wake Forest to earn her JD degree in 1991 and was recognized as the Outstanding Woman Law Graduate. Felsenburg was also a Wake Forest Law Faculty Scholar, a member of Law Review and a member of the Moot Court Board.

Before joining the Wake Forest Law faculty in the fall of 1994, Felsenburg worked for Elliot, Pishko, Gelbin, and Morgan, P.A., a local law firm. During her first several years of teaching, she continued practicing law, working for the Forsyth County Public Defender's Office.

Felsenburg participated in a long-term research project concentrating on the earliest portion of LAWR instruction. In 2007, Felsenburg, with Professor Laura Graham (JD '94), began an empirical study of the incoming first-year classes at two schools to learn more about their struggles during this essential, difficult instructional period. The first draft of their resulting article was considered "groundbreaking" and was a "top ten download" on the Social Sciences Research Network (SSRN) for more than three months. The completed article, "Beginning Legal Writer in Their Own Words: Why the First Weeks of Legal Writing are So Tough and What We Can Do About It," appeared in print in the Fall 2010 Journal of the Legal Writing Institute (LWI).

Felsenburg and Professor Graham presented their findings at several important venues, including the 2010 LWI Biennial Conference. In 2011, they completed their second article in this research series, "A Better Beginning: Why and How to Help Novice Legal Writers Build a Solid Foundation by Shifting Their Focus from Product to Process." In addition, Felsenburg served a co-editor of The Second Draft, the newsmagazine of LWI.

Currently, Felsenburg is a member of the American Board for Specialty Nursing Certification. She enjoys playing and watching sports, like golf, and visiting antique shows and flea markets. Felsenburg is a frequent attendee at Wake Forest's basketball and football games. … Read more »