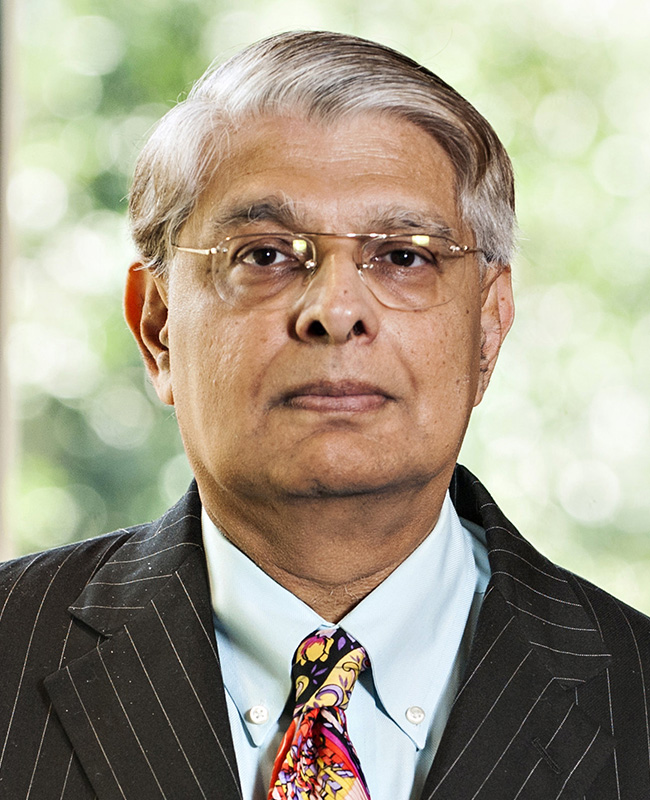 
Jagdeep S. Bhandari has been a Visiting Professor of Law at the law school since Fall 2015. After earning a Master's degree in Economics from the University of Rochester, he earned a Ph.D. in Economics from Southern Methodist University, a J.D. from Duquesne University and an LL.M. in International Law from Georgetown University.

Professor Bhandari has taught at several universities such as West Virginia, Duquesne, Johns Hopkins, Carnegie Mellon, Southern Methodist and Southern Illinois, in both law schools and business schools/economics departments. He was formerly a senior executive at the International Monetary Fund and has worked at the Federal Reserve Bank of St. Louis. For some years, he was an advisor and consultant for a large private equity firm in Chicago and was directly responsible for the negotiation and acquisition of various target companies valued at amounts ranging from $25-$50 mil.

He has also worked at various law firms in the past, including Reed, Smith, Shaw and McClay and was an advisor to the Chief Justice of the Supreme Court of Pennsylvania. He has been admitted to the Bar of four states and is eligible to practice law before the Supreme Court of the United States, several federal appeals courts, federal district courts and the US Court of International Trade.

Professor Bhandari has had several affiliated appointments in the past at universities in Germany, Austria, Switzerland, and Turkey. He has served as an expert witness in several cases involving personal injury, commercial losses, valuation of collateral and antitrust injury in complex cases and has been consultant to international organizations, law firms and research institutions for both legal work and economic/financial matters. He has been involved in pro bono work with various charitable organizations including Lutheran Social Services, Legal Aid and is a certified mediator for Duval County in Florida.

Professor Bhandari has always maintained an active research agenda and has been a prolific scholar, having published approximately 75 papers in scholarly journals worldwide and several books in the law and business areas. His recent work is interdisciplinary in nature and draws upon his experience and knowledge of various areas in the law, business, economics, and finance. He is currently working on a treatise in the area of international financial law as well as several papers related to law and business. … Read more »