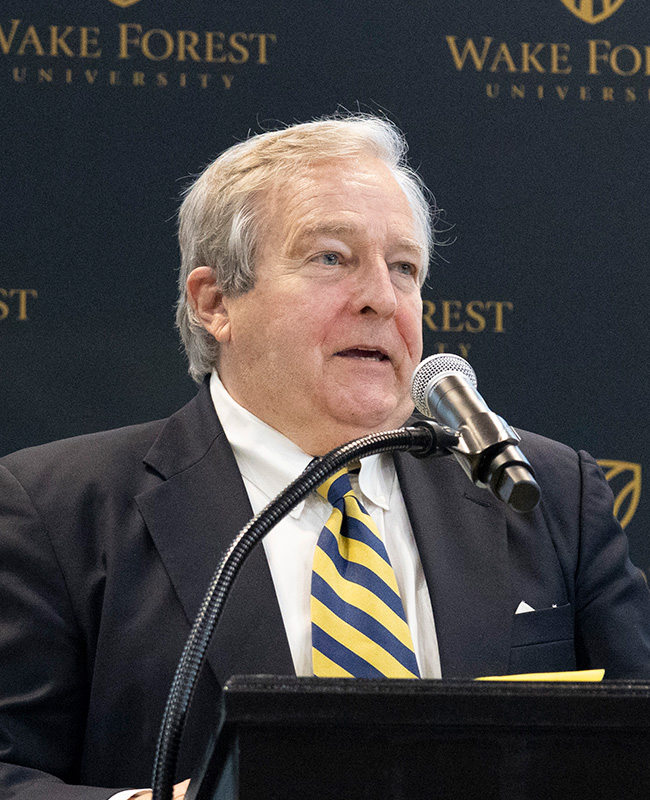 Attorney and Counselor at Law, Donald R. Vaughan and Associates


Don Vaughan is a practicing attorney with over thirty-five years experience. He earned his undergraduate degree from UNC-Chapel Hill with Highest Honors, and holds a Masters Degree in Public Administration from American University in Washington. He received his law degree from Wake Forest in 1979, where he was a member of the Wake Forest Law Review.

Don has served on the staff of the United States Senate in Washington and in the Office of the Governor in Raleigh. He serves as adjunct professor of State and Local Government at Wake Forest Law School and Elon Law School. He has served as an adjunct professor in the Masters in Public Administration program at UNC-Greensboro and received a University Lectureship from American University in Washington.

Don has represented hundreds of corporate and individual clients. He is a member of the Bar of North Carolina and the District of Columbia, all Federal Courts and the United States Supreme Court. He has published articles in the North Carolina Bar Quarterly, North Carolina Magazine, and in publications of the National Association of Attorneys General. He is also a frequent public speaker.

He has served on the Board of the North Carolina Chamber of Commerce, Greensboro Chamber of Commerce, Greensboro Merchant's Association, SouthTrust, Wachovia and Wells Fargo Banks as well as numerous civic organizations. He received the Lawyer's Weekly "Leader in the Law" award in 2012 and was awarded again in 2015, one of only two lawyers in the state to be recognized twice. He has also received the Distinguished Alumni Award from the North Carolina Institute of Political Leadership.

His dog "Remington" is a Hunting Retriever Grand National Champion and has won over 50 field trials and participated in four Grand National Championships. The Hollywood actor Jon Provost, known as "Timmy" from the 1960's TV show "Lassie," portrayed Don in the recently released movie "Susie's Hope". Don authored "Susie's Law" while a member of the NC Senate. … Read more »