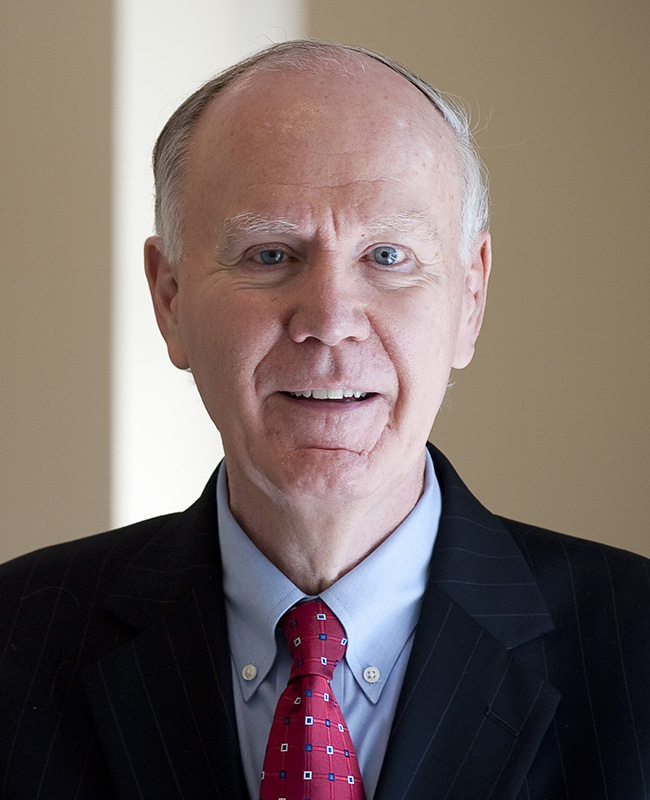 
Bob Walsh, who was the dean of the Wake Forest University School of Law from 1989-2007, is widely recognized as one of the leaders in legal education in the United States. Besides directing the rise of the law school into national prominence, Bob has been the chairperson of the ABA Section of Legal Education and Admissions to the Bar, which is the accrediting authority for all law schools and has chaired its two major committees, the Accreditation Committee and the Standards Review Committee. He co-founded the ABA's Seminar for New Law Deans, which was held at Wake Forest for its first decade. He has completed a two-year term as the president of the American Inns of Court Foundation Board of Trustees, being the second non-judge president of the organization in its 30-year history. In 2017, he won the American Inns' highest award, the Christiansen Award, which was presented at a ceremony at the United States Supreme Court. He also has been a board member of the National Association of Law Placement Foundation Board of Trustees and the ABA Central European and Eurasian Law Initiative Advisory Council. Earlier Chief Justice John G. Roberts, Jr. appointed Walsh to a five-year term on the Federal Judicial Center Foundation Board. He has also been a vice president of the North Carolina Bar Association and a member of its Board of Governors. Walsh was also elected as an Honorary Academic Bencher of the Honorable Society of Inner Temple. The Inner Temple is one of the four Inns of Court in London. Benchers are senior respected judges and practicing barristers of high achievement and constitute the governing body for each Inn. Dean Walsh is only the second Bencher in the United States and the first Academic Bencher outside of the United Kingdom. In 2010, the ABA gave its national award, the Robert J. Kutak Award, to Dean Walsh as the person who "meets the highest standard of professional responsibility and demonstrates substantial achievement towards increased understanding between legal education and the active practice of law." Past winners of the Kutak Award have been practicing lawyers, academics, and judges, including Supreme Court Justice Sandra Day O'Connor in 2006. Prior to becoming dean at Wake, he was a litigation partner with a law firm in Little Rock, Arkansas, dean of the University of Arkansas at Little Rock School of Law, a law professor at Villanova University, and an associate with a law firm in Los Angeles. Dean Walsh received his undergraduate degree from Providence College and his law degree from Harvard Law School. … Read more »